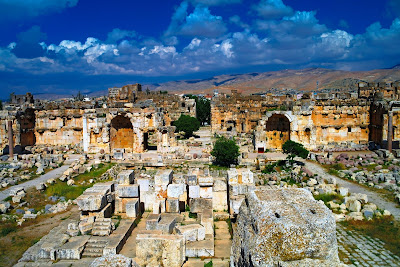 I must say, after only three days here I've become rather proficient in the Arabic language. Well ... maybe with one word of it anyway. Yalla!
It means, "Let's go!" Saying it twice adds urgency and means "Hurry up!" We seem to be hearing it a lot from our guides, who are striving mightily to keep us on schedule.
Small wonder. The days are packed solid as we cross-cross the country to meet Bishops, political officials, and, above all, displaced persons and the religious communities and Catholic institutions that work with them.
There are over fifty religious communities of consecrated women and over twenty masculine orders in this country. Last evening a gathering was hosted in which a good number of their religious superiors gathered to meet with us. The range of their apostolic charitable works is breathtaking. This was followed by a separate meeting with representatives of Catholic charitable organizations working in the region: Caritas Internationalis, CNEWA, Jesuit Refugee Services, St Vincent de Paul Society, and Catholic Relief Services.  Each from its own perspective, they are all striving mightily to help people rebuild their lives. The latter  gathering also included a meeting with a high-ranking official from the Lebanese Ministry of Education, who spoke of the efforts they are making to include children of displaced families in the school system.
The problem faced here is enormous. This country with a population of 4 million people has opened its borders to receive 1.5 million displaced people, most from Syria. To put that in perspective, applying the same ratio to Canada would mean our country taking in about 13 million refugees. The strain on Lebanon's resources is immense.
Today, though, we were reminded that we cannot speak of this issue solely in terms of numbers. We traveled to two locations in the Beqaa Valley, where we met families living either in settlements set up by government, or in simple homes opened up to them by the local Catholic population. The heart breaks when one sees scores of little children running around a big "tent city" in very difficult circumstances, or when one listens to a father recount the harrowing story of trying to eke out a living in between ceasefires until finally making the painful decision to uproot his family to escape the danger.

The numbers are overwhelming and the complexity of the issues staggering. Yet it seems to me that the very place where today's encounters took place offers a way forward. The Beqaa valley is where, only a few decades ago, fierce fighting took place between Syria and Lebanon. In fact, the city in which I met the displaced persons was under siege from the Syrian army for a long time. Yet it is precisely the Syrian people who are now welcomed by the Lebanese into their country and provided with shelter and basic supplies. The way forward is to stop seeing the other as an enemy and to begin encountering the other as a brother or sister.
When that happens we naturally want to reach out and bring healing whenever the other suffers. In this particular situation it means providing those in danger with safety and then working to help rebuild their countries so that they can return once again to the place they have always called home and to where their hearts naturally direct them, as would ours.
The situation remains urgent and solutions need to be found and put in place without delay.
So, Yalla, Yalla! 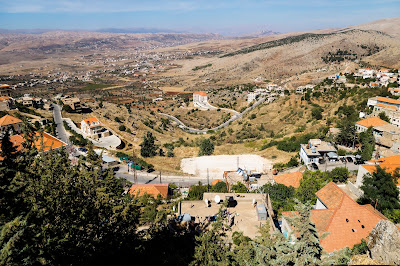