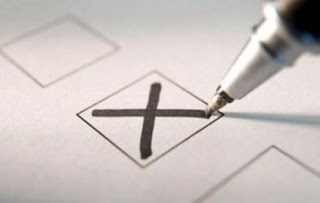 For a while now the world has been watching the American presidential election campaign. In some ways the 2016 event seems unique. At the same time, it manifests dynamics common to all election campaigns. These can be used to give a perspective on the teaching of Sunday’s Gospel parable of the Pharisee and tax collector at prayer in the Temple, and lead us into its deepest meaning.

In the case of an election campaign, candidates engage in self-promotion, often furthering a positive image by criticizing their opponents. When we consider the words of the Pharisee, one would think he is running for office. He boasts of his goodness and points to the faults of others. By way of contrast, the tax collector speaks as if he is not worthy to be elected to anything. His head is bowed down in shame, and speaks only of his failings and cries out for mercy: "God, be merciful to me a sinner." Hardly a winning election slogan. And yet he is chosen, he is elected.

Elected to what? By posing this question we can see the urgent importance of this parable. It carries us to the very heart of the Christian life and all that the Church teaches about the love and mercy of God. The Christian life is, indeed, all about election. But the electorate is not us. God alone elects, and the "office" for which he chooses us is a life of communion with his Son in the Church. For such an office, who is worthy? Is this something for which we can campaign? Is this life one which we can earn by our good works? Does God select us on the basis of our merits and the good we have done? The Pharisee seemed to think so, and on that basis was rather confident in his self-righteousness. Yet Jesus concludes the parable by saying that it was the tax collector who went home justified in the sight of God. He who recognized that all he had to offer God were his sins and failings and accepted his total reliance upon the mercy of God was the one “elected.”

God's love cannot be earned; it is freely given. God chooses us not as a reward for our accomplishments but solely on the basis of his mercy. As we were reminded in the first reading from Sirach, God alone is the judge; only God sees to the depths of our hearts and the truth of our existence. He knows that any boasts on our part as to our goodness would be as empty as those of the Pharisee. He sees that we are rather like the tax collector, totally reliant upon divine mercy for healing and for life. In spite of our weakness and failings, he chooses us for life with him. Such is the love and mercy of God! We begin truly to live the life he holds in store for us when we acknowledge our need for his mercy and in faith turn to him beating our own breasts.

This is not to say there is no place in the Christian life for good works! Quite the contrary. Good works are expected of the followers of Christ. But a Christian's good works do not earn God's love; they flow from it. In the second reading we heard St. Paul speaking of his works in a way that sounds like a boast: "I have fought the good fight, I have finished the race, I have kept the faith." Yet we know from his other writings that St. Paul was painfully aware of his sinful past. He knew he had been saved from a life of sin not by his merits but solely by the love of God revealed in Christ Jesus. He teaches us clearly that it is from God's love that we are elected to life in Christ; it is in the power of that love that we are able to do good works; and it is for the sake of witnessing to that love that we are sent forth to accomplish them.

In an election campaign, huge amounts of money are expended to get a candidate elected. Well, a price has been paid, too, for our election to life. That cost, infinitely greater than anything we see in earthly campaigns, was the death of Jesus on the Cross. Jesus became one of us so that his death would destroy the power of sin and death in our lives. He rose again so that in him we might have the fullness of life. It is in Jesus Christ that God has chosen us for a life of faith and good works. Our only boast is this wondrous love and mercy of our God.
Posted by Archbishop Richard W. Smith at 6:37 AM