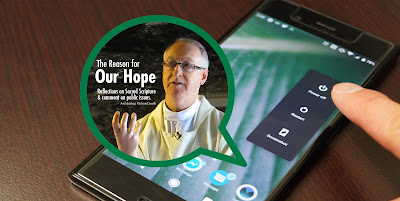 “We’re giving up screen time for Lent!” This was what two very excited young children were anxious to tell me at the end of mass recently. For our youth – and perhaps also for many adults – there is probably no clearer indication than that to demonstrate how seriously they are taking the call to Lenten self-denial!

Since that encounter, I’ve often thought about that choice made by the children regarding what they would “give up” for Lent. Theirs is a very good decision, because it will enable them to stop paying attention to the many voices that come screaming at them during their “screen time”. So many of those voices are not good, to say the least, and can lead our children to some dark places.

That is true, in fact, for all of us. Our “screen time” takes different forms across the varying instances of print and digital media. Whether it is TV or radio programming, Internet venues, newspapers or magazines, we are all bombarded with a seemingly endless range of voices and messaging, all competing for our attention, and not all good. This leads me to suggest that we, too, can give up “screen time” by determining to give up listening to any voice or message that leads us away from fidelity to Jesus Christ. Instead, we can take up listening to our Lord, who alone speaks words worthy of our trust.

I was asked by someone just the other day if I thought that, instead of “giving up” something, it would be okay to take up a daily reading of Sacred Scripture. To that, of course, I gave a very enthusiastic YES! That is a wonderful Lenten discipline. 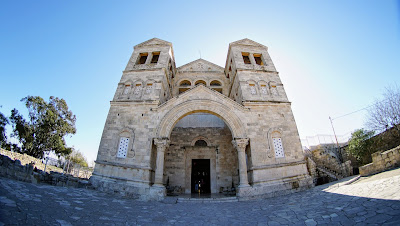 We need go no further than last Sunday’s Gospel passage (Luke 9: 28b-36) for biblical justification. There we heard the familiar – and always riveting – account of the Transfiguration of our Lord. As his divine nature radiates outward from his body, his identity as Son of the Father is confirmed by the Father’s own voice from heaven. This is followed by the command: “Listen to him!” To show us the way to salvation – to be that way – the Father has sent us His own Son. He hasn’t sent anyone else! So, why would we listen to anyone else as we seek happiness and truth?

Those two young children are on to something. They’ve pinpointed what is necessary for all of us to do, and not only in Lent, but always. Together, let’s resolve to give up listening to any voice seeking to influence our mindset and behaviour so as to draw us away from Christ, and to take up listening to Jesus, that we might in faith and hope follow wherever he leads us.
Posted by Archbishop Richard W. Smith at 3:07 PM