Justice and Only Justice

We are now in the annual Week of Prayer for Christian Unity (January 18-25). The theme for the week of prayer in 2019, "Justice, and only justice, you shall pursue ..." is inspired by Deuteronomy 16:18-20. I gathered on Sunday evening at St John Bosco Church in Edmonton for prayer with ecumenical leaders and members of their communities. It was an opportunity to reflect prayerfully upon the theme in the light of the Gospel, particularly Luke 4: 14-21. In the words spoken by Jesus in his hometown synagogue, we are taught precisely what it means to pursue justice as his disciples. 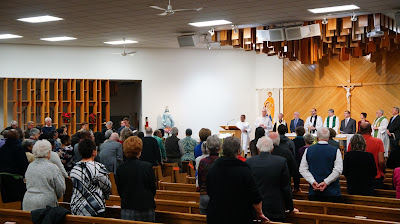 “He has anointed me to bring good news to the poor.” We are all aware of the real poverty that afflicts so many of our brothers and sisters, even in our own city and country: those who cannot find affordable housing, or who are, in fact, homeless; or the working poor who find it almost impossible to make ends meet. Then, too, there is the poverty of loneliness and isolation, especially among the immigrants to our land. Neither can we forget that particularly debilitating poverty that is engendered by the lack of meaning and direction in the lives of many. To all of these we are sent to announce the good news of the wealth of God’s mercy and love revealed in Christ.

“He has sent me to proclaim release to the captives.” Certainly, there are many who inhabit our prisons and detention. But we can think also of the many today who are locked behind walls of fear and anxiety in the face of life’s many challenges; or the numberless people who are held captive by a lie, or by the many illusions that masquerade as reality. To these we are sent to announce freedom and release; to proclaim that true liberty arises when we place our faith in Christ and live from him who is the truth. 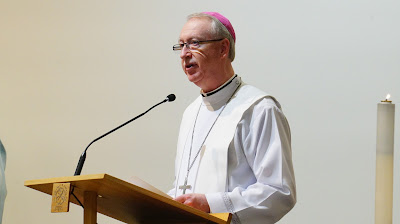 “He has sent me to proclaim ... recovery of sight to the blind.” The Gospels record many miracles by which those who could not see were restored by Jesus to physical sight. Yet the words and actions of our Lord were also aimed at healing a deeper and more dangerous blindness to moral truth that leaves people unable to discern right from wrong and causes them to present one as the other. Nor can we fail to notice that the mystery of transcendence is eclipsed from the view of many who insist that only what is empirically verifiable qualifies as real. To this darkness, we are sent with the announcement that the Gospel of Jesus Christ is the light that enables humanity truly to see the beauty of God, the mystery of creation, and the divine saving plan for humanity.

“He has sent me to ... let the oppressed go free.” Relief for the oppressed is an urgent concern for the disciples of Jesus Christ. Here the Holy Spirit prompts us to embrace the truth of our solidarity with all of suffering humanity. The Son of God emptied himself and became incarnate so as to enter fully into deepest solidarity with those destined to be his brothers and sisters. He assumed to himself the sin, pain and suffering of the human race, even to the point of death, and revealed by his resurrection the victorious power of love and mercy. Living in and from Christ, therefore, we too must unite ourselves to all who suffer, at home and abroad, and by our acts of mercy give witness to the power of the Cross to overcome evil. 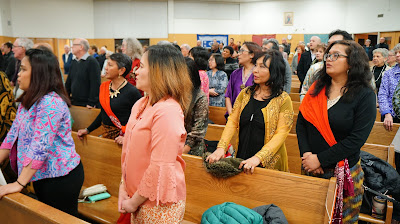 By faithfully responding to the call that is ours in virtue of our communion with Christ, we seek to bring relief to the poor, blind, oppressed and captive. This is the way we are to pursue justice as the Lord himself would have us do.
Posted by Archbishop Richard W. Smith at 11:21 AM