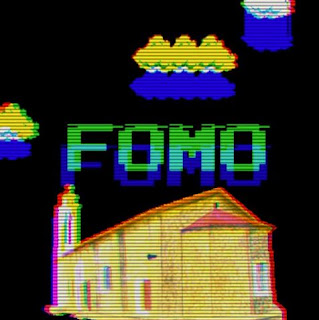 Now, this was a new term for me. It is an acronym, standing for Fear Of Missing Out. I came across it last week and the context in which I learned it is instructive.

Across the Archdiocese I’m holding a number of listening sessions pertaining to family life. We’ve been focusing upon the young adult demographic, meaning persons 18-35 years of age. I’m gathering with these folks to learn from them about issues with which families today are struggling, in order to gain an idea of how we might best shape our pastoral outreach to accompany them.
Last week I got together with some recently married couples. As we discussed various pressures facing these new families, FOMO was mentioned as a particular challenge. When this expression was first mentioned, my response was “What?” “What is FOMO?” As it was spelled out for me, I noticed everyone else in the group nodding their heads. Clearly, I was the only one who hadn’t heard of this. I since learned that it was even added a few years ago to the Oxford Dictionary! Sometimes I swear I’m living on another planet.
Fear Of Missing Out. This is causing considerable angst and tension in many individuals and families. For fear of missing out on what others seem to be enjoying, bad decisions are being made and hardship is experienced as a result. For example, one person in the group who works for a financial institution has for some time now observed that, because people are afraid of missing out on the enjoyment of what seems to be the dream vacation, the latest must-have gadget, the “right” kind of car, and so on, their financial priorities are being distorted. Instead of paying down debt they add to it, “for fear of missing out” on what they think they need.
Hmmm. There is obviously a deep level of discontentment at play here, powerfully fuelling a search for happiness apart from the reality of one’s situation. It speaks of attempts to escape from what is real into what is illusory, because FOMO has as its object what APPEARS to be a good. Since we are not at the event, on the vacation, or in possession of a certain item we do not know from real experience if it will bring happiness or not. Comparing the reality of one’s life to an illusory standard is a sure recipe for frustration, discontent, and anger. This kind of FOMO is not at all healthy, to say the least.
I wonder, though, if there is a good form of FOMO,  a “fear of missing out” that will actually lead to good, even salutary decisions. In fact, there is. It would be a good thing, indeed, to fear missing out on a personal relationship with Jesus the Christ, lived within His Church.
Something of the excitement of life in Christ was given in Sunday’s Gospel (Mt 25: 14-30). The parable of the talents is an invitation from Jesus Himself to “invest” our God-given abilities in the mission of the Church so as to earn the “interest” of advancing the Gospel. What an adventure!!Yet, it is so easy to “miss out” on this by what St. Paul calls “sleeping” (1Thess 5:1-6), that is to say, preferring falsehood to truth and illusion to reality, or to put it another way, living out of an unhealthy fear rather than a salutary one.
Missing out on life in Christ truly should be feared. Such fear, far from distorting priorities, will inspire decisions that place them in right order and thus cause any angst-ridden discontentment to give way to abiding peace.
Posted by Archbishop Richard W. Smith at 5:15 PM