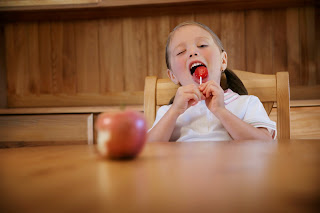 It took me a while to know what he was saying. In the course of my pastoral visit to St Dominic Savio parish in Edmonton on Sunday, at the end of mass a little boy joined the line of people welcoming me to the parish. When his turn came, he shook my hand and was saying something I couldn’t make out. His height didn’t reach much beyond my knees and I couldn’t hear him with all the chatter around us. After I asked him a couple of times to repeat what he was saying, he finally raised his voice and shouted: “I want candy!” My instinctive response was, “So do I! Where can we get some?” Then I clued in that the parish often made a bowl of candy available to the kids as they left the church, and the boy obviously had his heart set on it. Someone else heard him, brought the bowl, and the little fella went off with a big smile, not really caring too much who the man in the strange hat was.

Another kind of irresistible desire is at the heart of the dramatic narrative told in the first reading of Sunday’s mass (Genesis 2: 7-9, 16-18, 25; 3:1-7). It has to do with the fruit of the tree of the knowledge of good and evil standing in the middle of the Garden of Eden. Adam and Eve have just been prohibited by God from taking and eating it, but the devil seduces them with a lie, as a result of which the tree became in their eyes so delightful and desirable that they could not resist the temptation to pick and consume it. Yet, rather than walking away happy and satisfied, they find themselves separated from God and one another, deeply ashamed. Their action gave rise to tragic hardship both for them and their human descendants (cf. Romans 5: 12-19).

We need to grasp what is happening here. God’s prohibition is to be likened to the warning given out of love by a parent to a child in order to protect. By imposing a limit upon their activity in the garden, God was teaching them that, as creatures, they were limited and needed, therefore, to place their trust in the wisdom and providence of God, who knows no limit. Reaching out toward the forbidden fruit was tantamount to the refusal of limit, to an attempt to be other than creature, to be, in effect, like God but apart from God. Adam and Eve believed the lie of the devil rather than the truth of God, allowed their trust in God to die, and sundered their communion with God through an original act of radical disobedience. (Cf. Catechism of the Catholic Church, 396-398.)

This narrative describes the essence of all temptation: beginning with the lie that God is not to be trusted, it seeks to have us rely not on God but on ourselves, to live our lives not on God’s terms but our own, and then makes what is harmful look good. The “I want candy” spoken by an innocent child becomes the “I want power, money, possessions, reputation,” or the “I refuse any limit to my personal autonomy,” or the “I want truth and reality to be whatever I declare it to be” of the adult whose heart, mind and vision have been distorted by evil seduction. Pursuit of such desire leads away from God, and away from our true selves in consequence. The only one left smiling is the devil himself.

Such temptation waged against us weak and vulnerable individuals is extraordinarily powerful. But we know One who is more powerful yet. The Gospel account of Jesus’s effortless resistance against the temptations he faced when he encountered the devil in the desert (cf. Matthew 4:1-11) reminds us to turn to the Lord for a share in his strength when seductions come our way. At no point in his earthly life did Jesus allow his trust in the Father to die. Living in his grace, we can have confidence that he will strengthen our own trusting reliance upon the wisdom and the providence of the Father, and thus enable us to live in the peace and joy God wills for us.
Posted by Archbishop Richard W. Smith at 6:30 AM