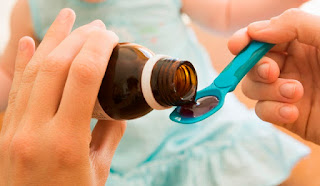 There is a lot of cold and flu going around, so it’s not surprising to see many cold medications advertised on television. One in particular always captures my attention. It makes no secret of the fact that the medicine it is trying to sell tastes positively awful, but is effective. They’re right. I’ve tried it. Every spoonful is time off from Purgatory, but it does seem to do the trick.

In the Gospel passage we heard proclaimed on Sunday (Matthew 5:38-38), Jesus prescribes a remedy for a disease far worse than the cold or flu. It is a malady of the soul, which currently is infecting vast swathes of peoples: anger and division. Symptomatic is the harsh bitterness with which people are fighting over political policies, warring over territories, closing borders to refugees or attacking people because of their religion. It spreads like a virus, often through means of social communication, which bring far-away conflicts into our own living spaces and engender doubt, confusion and anger within our own hearts. Commonly prescribed is the medicine of vengeance, “an eye for an eye and a tooth for a tooth.” Yet this is no remedy at all. It serves, rather, to exacerbate things and causes the virus to spread even more rapidly and widely.

Jesus gives us the medication, which alone can effect a cure. Yet, it can seem very bad to the taste, indeed, almost impossible to swallow: “Do not resist an evildoer. But if anyone strikes you on the right cheek, turn the other also….Love your enemies and pray for those who persecute you, so that you may be children of your Father in heaven, for he makes his sun rise on the evil and on the good, and sends rain on the righteous and on the unrighteous.” Here we might easily be tempted to find another doctor. Yet it is precisely here that we find an example of what St. Paul means when he says that divine wisdom can seem like foolishness to purely human ways of thinking (cf.1Cor 3: 16-23). Is it not natural to want to hit back? Is it not simply a matter of weakness to forgive?

In point of fact, what Jesus demands of his followers requires great strength. He is not asking us to be wimps. Our call, in the face of anger, bitterness and attacks, is, in fact, to stand our ground and say we shall have nothing to do with this kind of behaviour and thus refuse to return it in kind. The easy way out is vengeance. To meet hatred with mercy is the far more difficult road.

Is it even possible to take this medicine? Yes, but not without the help of Christ. On the Cross, he absorbed the worst of human malice. His response was mercy and forgiveness, which halted the evil in its tracks. It cured the disease.

Let’s pray that this grace of the Cross of Christ enable us take the medicine he prescribes, even if ill-tasting, and thus become his true disciples, agents not of bitterness and division but of mercy and communion. Love of the other, especially the enemy, is needed is very large doses right now.
Posted by Archbishop Richard W. Smith at 8:34 AM