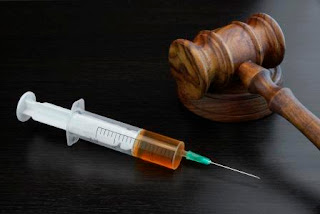 The contrast in message is dramatic. On June 6th, 2016, the ruling of the Supreme Court of Canada legalizing assisted suicide and euthanasia as a response to human suffering comes into effect. The ruling contains within itself the message that there are some lives less worth living than others. The day prior, Churches throughout the world echoed with the teaching from Sacred Scripture that God responds to suffering with the gift of life. Implicit in this doctrine is the message that every life matters.

Three passages of the Bible recounted God's desire and power to restore the dead to life: the restoration of a dead child through the prophet Elijah (1Kings 17.17-21a, 22-24) and by Jesus himself (Luke 7.11-17), as well as St Paul's account of the new life that he, having died through sin, had received from his encounter with the Risen Lord (Galatians 1:11-19). To those who suffer, God responds with the gift of life. The response of the Canadian Supreme Court and (soon) the Canadian Parliament is death. Scripture thus makes very clear that the only mindset that can justify assisted suicide and euthanasia, and even hold them up as a good, is one from which any reference to the compassion and mercy of God, and consideration of God's will for his people in need, has been excluded.

We must be careful not to adopt this atheistic mindset as our own. Turning away from God leads inevitably to not only people turning against one another (e.g. legalizing euthanasia) but also individuals against themselves (e.g. normalization of suicide). We can do better than this! These choices for death follow naturally from the understanding that reality is what I make it to be, the product of my own (very limited) consciousness. When we allow God and his love to enlighten reality, our vision expands infinitely. We see that responding to suffering by killing the one who suffers is beneath our dignity as human beings. We become aware of our enormous potential as members of one human family under God to live as God would have us live and as his grace makes possible: together; in solidarity; ready to suffer with our suffering brothers and sisters; moved by the truth that every life matters and is worthy of being lived until its natural end.

As I said at the opening of our holy door to launch the Year of Mercy, by the legalization of assisted suicide and euthanasia, Canada is opening a very unholy door. It is a door of astonishing arrogance, fashioned on the presumption that we can judge the quality of another's life or determine on our own when life is no longer worth living. It claims to be a door of mercy, when in fact it is one that opens onto a room with no floor, a vast abyss in which fundamental respect for the sanctity of human life falls away and the weak and vulnerable are left with no sure foothold. Even though the State may open this door, we must be clear that it should remain solidly closed and have nothing to do with it.

Pray for our country. We are fashioning a culture of death and despair. This need not be. By allowing our minds to be enlightened anew by Christ and our actions by his grace, we can create instead a civilization of life and hope.
Posted by Archbishop Richard W. Smith at 8:57 AM