Treasure and Protect the Gift

Yesterday the Church celebrated what we traditionally call "Good Shepherd Sunday". We listened to Jesus, the Good Shepherd, teach us that he has come from the Father so that we might have life in abundance. This wondrous gift of life is something to treasure and celebrate. Recent attacks on life through both violence and indifference underscore the need to do so. 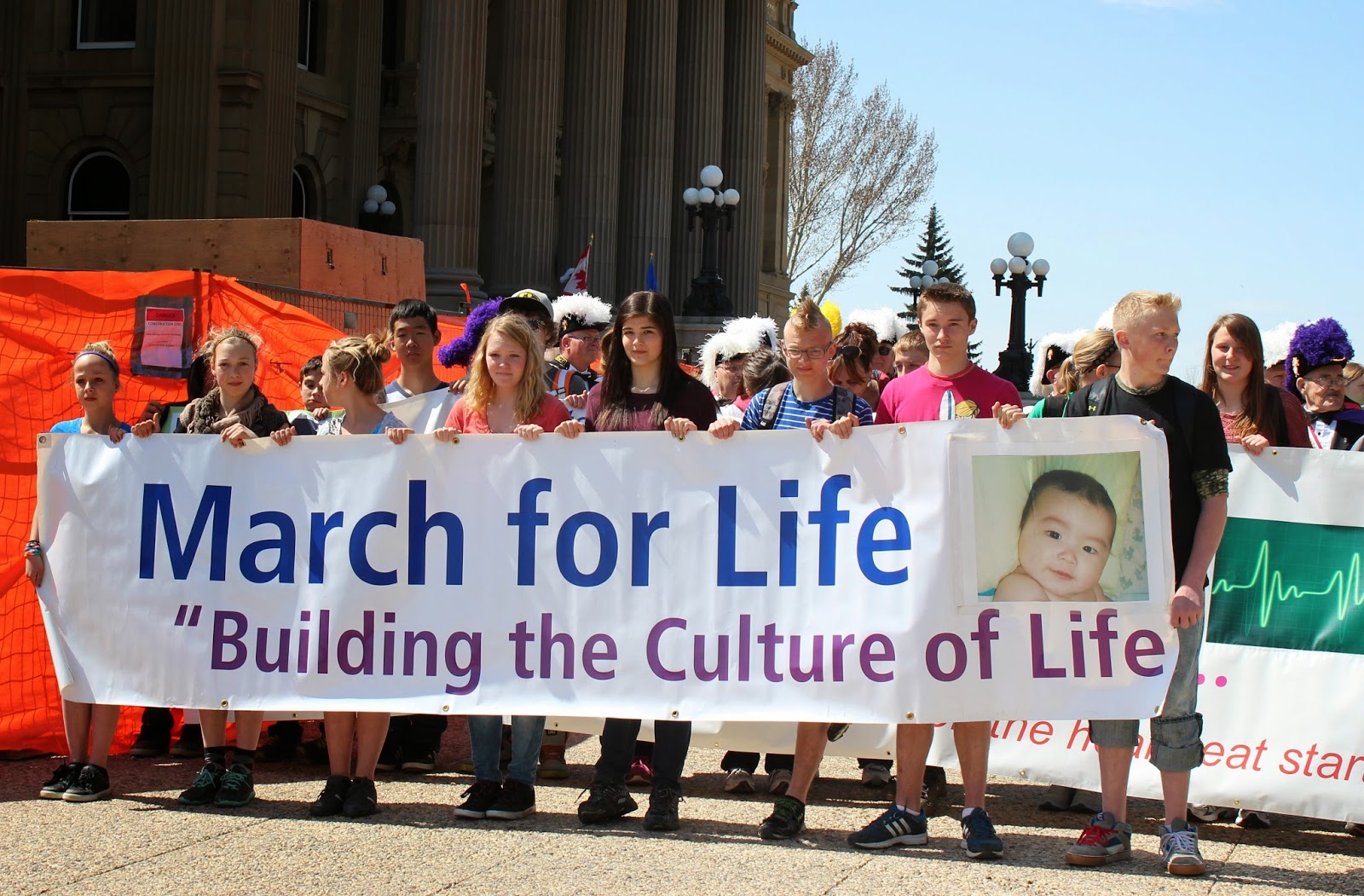 A beautiful celebration of life occurred in Edmonton last Thursday. Hundreds gathered to hear speeches at our provincial legislature and City Hall and to march through the streets of downtown. Our action coincided with that of thousands of others in cities across Canada, united in our annual March for Life. The spirit among the participants - a great many of whom were youth! - was peaceful and joyful. Life is precious and we are ready to take any opportunity to celebrate it and speak out in its defence whenever it is attacked or threatened.

A violent and senseless attack on human life occurred the day after the march in the tragic murder of a priest in his rectory in Saint Paul, Alberta, about a three-hour drive northeast of Edmonton. At the time of writing this blog, the motive and other details are not known. What is clear is that a 32-year-old priest, who had made a sacrifice to leave his home country in Africa to serve us here, and who was appreciated by all parishioners as a kind and loving man, was brutally gunned down. Please pray for the repose of his soul, as well as for consolation for his family, religious community and the people he served. His alleged assailant was later killed, and we must hold him and his family in our prayers as well. Statements from the Archdiocese as well as from the Diocese of Saint Paul can be found at www.caedm.ca. On the very day of the march we witnessed an entirely different threat to life: indifference. One of our federal party leaders used the occasion to state that, henceforth, members of his Parliamentary caucus would have no choice but to vote "pro-choice" in any proposed legislation dealing with abortion. The obvious inherent contradiction in such a stance manifests rather confused thinking, to say the least. Worse, it unmasks a callous indifference to the most vulnerable among us - children in the womb - and a wanton trampling upon the fundamental human rights to life and freedom of conscience.

The March for Life demonstrates a growing willingness of citizens to speak out in defence of life and to celebrate its beauty. I pray that it continue to grow and bear fruit in real protection of God's gift of life at every stage of existence.

Posted by Archbishop Richard W. Smith at 8:10 AM